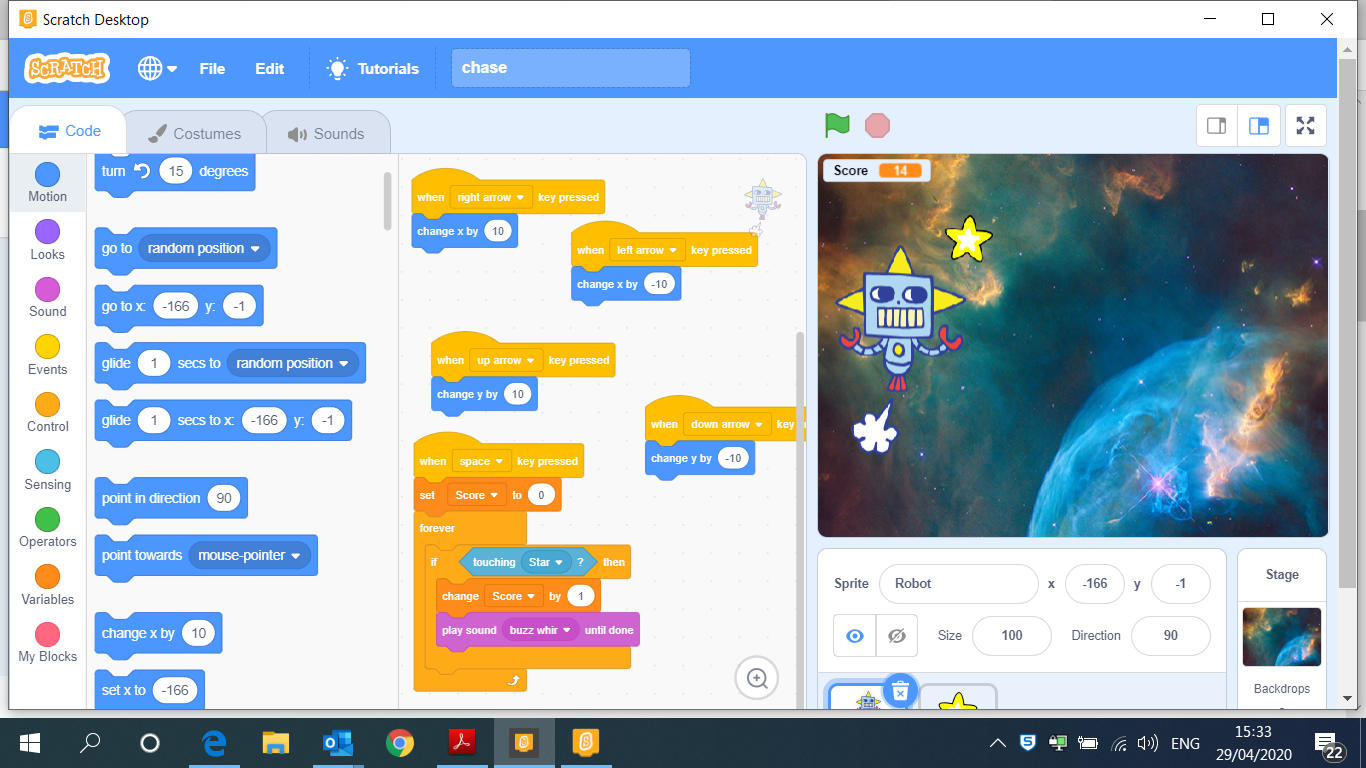 Do you know what HTML and CSS codes are?  Do you want to learn more about Scratch?  Have you ever wanted to use  Raspberry Pi or Programme a BBC Micro Bit?   If the answer to any of these questions is YES, then code club is for you!

At code club, children are encouraged to use their imagination and broaden their knowledge of code.  Children can work together- or individually- using code of their choice.  Most children predominately choose to code with ‘Scratch’ where they can create their own interactive stories, games and animations.  The possibilities are endless!  Children will make mistakes, de-bug them, then make more mistakes, but by doing this, they will learn quicker.

There are also many more programming languages to learn, including Python.  Just before we finished school, with the help of Mrs Morgan (parent helper), and Jack (a pupil in Year 6), some of the children signed up to project ‘Mission Zero.’  Mission Zero gave children the chance to write a computer program using 30 seconds of Python code, which sent a message and picture into space.  Their code will be run on Astro Raspberry Pi computers in space, on the International Space Station.  The children programmed and sent a message and created a picture using 30 seconds of code.  All the children who entered will receive certificates to show where and when their code was run in space.  Wow!

I have added the link for code club projects below. Why not try it and see what you can achieve?